The “Low Kcal”, an inclusive space set up within Article 27 #Brussels

The objective of Article 27 is to fight poverty by restoring the right of everyone to take part in cultural life, in accordance with article 27 of the Universal Declaration of Human Rights[1]. Cultural mediation is at the heart of its actions: Article 27 #Brussels links 250 social organisations fighting against exclusion with a similar number of cultural organisations (cinema, performing arts, heritage, music, etc.). A subsidised ticket system provides people in precarious situations with the chance to gain access to cultural life for the modest sum of €1.25.

Since its beginnings, more than 20 years ago, Article 27 #Brussels has been defending a society free of discrimination where everyone feels free to express themselves, regardless of their socio-economic situation. The personalised support offered by BRUXEO was a good opportunity to deepen the reflection on the diversity and inclusion aspects internally, to train, and to establish an action plan specific to the association.

Article 27 #Brussels then created an internal think tank, called the “diversiteam”, which brought together the cultural mediators, Karima Lakbichi and Muriel Bernard, the latter taking on the role of diversiteam coordinator. Diversiteam relies on resource persons such as all the other workers of the association.

Creation of the “Low Kcal”, an inclusive physical space

Article 27 #Brussels drew up a diversity plan of 8 actions based on a diversity and inclusion diagnosis. Among these, the association decided to set up a separate room taking into account the specific needs of each person.

“Diversity is what we see, but also what we can’t see. To preserve such a richness, we must avoid making a team too broad or uniform. The “Low Kcal” allows each person to be who they want to be, in complete privacy if necessary.” said Muriel.

A space co-constructed with the team

The originality of this action lies in a building process that is meant to be participatory. Collective intelligence tools are used to serve the team and allow each person’s voice to be heard. “Thanks to this dynamic, the “Low Kcal”, and more broadly our D&I action plan, reflect the expression and personality of each team member,” Muriel explained. 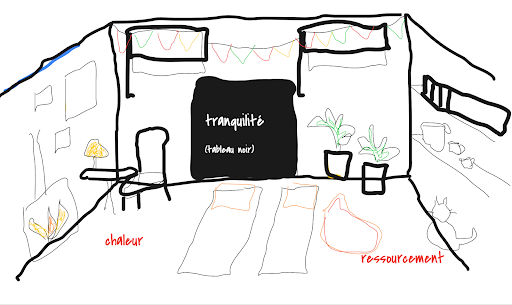 Exchanging with another institution that has set up a separate space was useful for Article 27 #Brussels, which was wondering how to make the “Low Kcal” work.

« The team wondered whether it was necessary to define a timeframe for occupying the space. BRUXEO put us in touch with an institution that had set up a room which allows mothers to breastfeed their babies, among other uses. This space also offered privacy for any other need, for example for someone who needed to cry… But it is difficult to fix this in an agenda! So we decided to make the space work spontaneously. »

An in-depth reflection on its communication media and tools

During team meetings, different types of support (written, visual, audio, etc.) are used. « They help to maintain focus, to transmit information in different ways and, above all, to allow each person to express themselves in a way that respects their needs. A person may be more confident with writing than with speaking, for example. » Tones also vary: formal or more humorous.

On the other hand, creating supports makes it possible to transmit the institution’s values internally.

They are a written record that allows the transfer of knowledge to new recruits and the exchange of information on the subject. « Our reflections on diversity and inclusion are not wasted words, they are considered strong foundations. » Muriel points out.

Article 27 #Brussels also strives to make its tools as inclusive as possible. « We don’t all see the same colours. To make sure this does not become an obstacle, we use a project management tool, for example, which enables us to associate colours with shapes. »

In reflecting on its D&I policy, and setting up an action plan, Article 27 #Brussels identifies several success factors:

The management of Article 27 #Brussels has supported and encouraged the implementation of a diversity plan “which is a key success factor” explains Karima.

The resources provided by BRUXEO in the context of individual support, whether in terms of tools or people, as well as exchanges with other institutions during collective meetings, have enabled Article 27 #Brussels to put its diversity plan into practice.

A diversity plan driven by the whole team 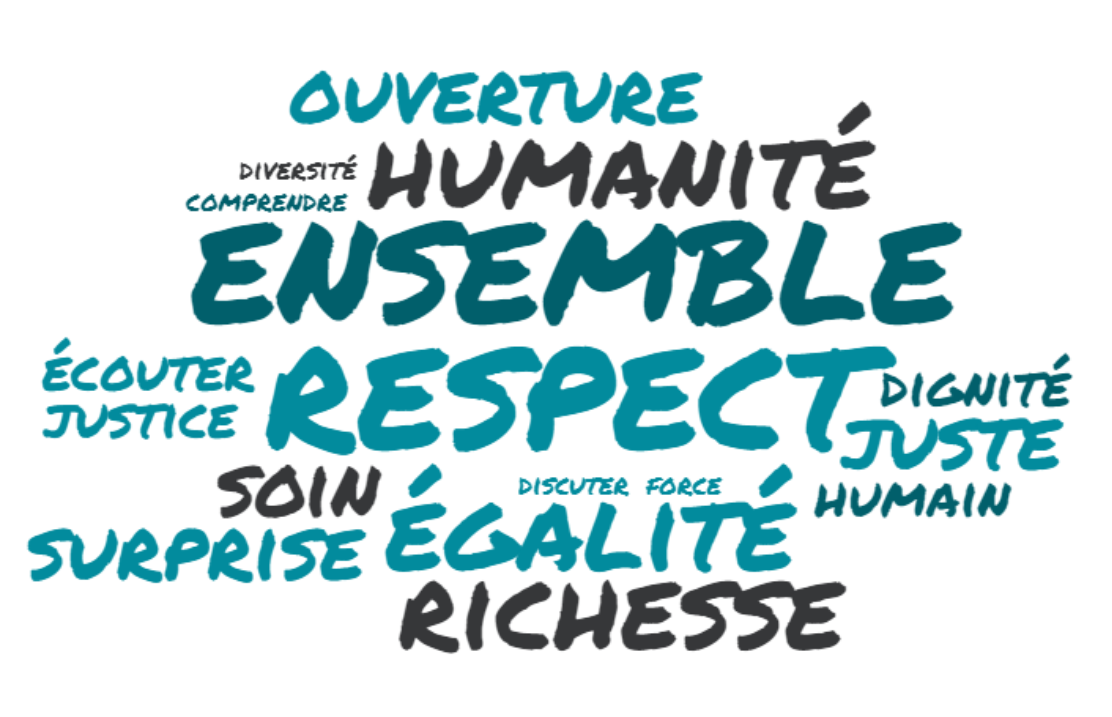 From the start of BRUXEO’s support, a framework conducive to reflection was established with the creation of a “diversiteam”, a working group responsible for drawing up the diversity plan.

« However, it was unthinkable to carry out this project alone, as it concerns the whole structure. The entire team immediately embraced the approach and was involved both as a rich resource, due to the variety of experiences it brings together, and as a key ally in the implementation and success of the action plan. »

Defining its action in time

« We’ve given the space a time frame: it must be ready by December 2021. This time frame for implementation allows us to have a clear and defined objective and to move forward. »

“We’re already doing it!” as a motivating factor

Article 27 #Brussels diversity and inclusion journey is underway. Some lessons can already be learned and impacts identified.

Gathering input from everyone along the diversity journey

The reflection on the issues of diversity and inclusion revealed that, depending on one’s sensibilities, some issues were already taken on board by some, but not by others. « If training is offered, it should not be assumed that everyone is committed to the cause…That is why follow-up is essential. To this end, the evaluation form allows people to express their opinions and disagreements. To move forward, everyone must be heard. »

The working group did not break up at the end of BRUXEO’s support. It has officially become one of the five working groups of the association, which means that working time has been freed up for the participants.

Actions that resonate within the team, with partners and more widely within the cultural sector

It is important for Article 27 #Brussels to disseminate and promote its new diversity practices to its social and cultural network. « We first wanted to focus on diversity and inclusion internally, within the team, to truly embody this, so that we could then reach out to the outside world » says Karima.

Some of the team members have spontaneously joined cultural networks and become ambassadors of diversity and inclusion issues to other actors by doing so. « This is a sign that everyone is truly committed to this diversity project! » says Karima. One of our colleagues from Article 27 #Brussels has, for example, joined the Open Museum Think Tank where discussions on public inclusion are held. « This is something we have been thinking about for a long time and we can really learn from each other’s best practices.» concludes the diversiteam.

[1] in the french version, the term “humans” is deliberately preferred to the original term “of man”